with summer right around the corner, I’m dreaming about outdoor picnics, long afternoons and lawn games.  my friends and I enjoy bocce ball.  have you ever played?

what kind of outdoor games do you play in the summer?

dlb and I went to see Moon yesterday afternoon.  if you know me at all, you know that I’m not much of a movie goer.  just never have been.  I usually wait until it comes out on video to watch most things.  however, after watching goosebump inducing previews and much arm twisting from dlb, I had to see Moon in the theatre.  and it was really great.  Sam Rockwell is fantastic in the film and I loved the dark scenery as well as the haunting soundtrack.  the movie made me think about life existing on the moon and how cool it would be to strap on a giant astronaut suit and bounce around in zero gravity.  fun, no?

how amazing is this guy?
shhh!  if you’ve already seen this, don’t spoil it in the comments!

thanks for sending me this babe! 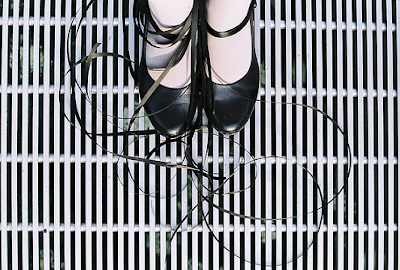 I’ve been tagged a few times over the past few weeks, once by Jora and another time by Afton. my friends, it’s been awhile since I’ve talked much about myself, so here are seven random things about me that you may or may not know. have a fantastic weekend!

I get orange and green mixed up.
ok, I totally know which one is which. I don’t go out and buy a green dress thinking that it’s orange or argue that leaves are orange in springtime, but for some odd reason, over 90% of the time I say orange when I really mean to say green, or vice versa. I guess it’s some form of dyslexia, but I’ve come up empty while searching for a diagnosis.

I’m completely fascinated by the universe.
maybe it’s that I just can’t fathom the whole idea of the universe. maybe it’s that the size of it totally amazes me. but it’s hard for me to imagine things being billions and trillions of sizes larger than me or the sun for that matter. I learned in Astronomy that the diameter of the star Betelgeuse was approximately 1000 times larger than that of the sun and my mind went totally numb. the first time I saw a video like this, I literally watched it with my mouth wide open. I could go on and on, but basically fascinated pretty much sums it up.

my daddy was a pirate.
that’s right. a swashbuckling, gun-shooting, treasure stealing pirate. ok, ok… not a “real life out on the seas” pirate. he was a pirate for the Gasparilla parade in Tampa, only the best pirate parade to exist. every year in early February, the pirates invade the city on a full sized pirate ship and proceed to parade through the street throwing beads and other goodies to the parade watchers. my dad would wear a big, scary black wig, aviator sunglasses, and get nasty scars and bullet wounds painted on his face. I can remember he’d come bursting into my room all decked out in his pirate gear, and as a little girl, I was actually afraid of him. but when it came down to parade time, I felt the the most special girl ever when he singled me out of a crowd and gave me the best beads he had on. now you know why I picked the swashbuckler soap!

I’ve got a thing for vintage Volvos.
my first car was a 1991 Volvo 240.  it was my parents car before they passed it on to me and I love that thing to pieces.  as long as I can remember, we’d always had Volvo’s when I was growing up.  somewhere along the line I became obsessed with the Volvo Amazon and the Volvo P1800.  I hope to have one some day!

I have a fondness for orca whales.
yep, just like Shamu. when my mom was pregnant with me, someone gave her a stuffed whale at the baby shower. that little whale sat in my bedroom, waiting for me to be born and she greeted me when I came home. I took that whale everywhere with me. she traveled to Jamaica and London when I was little, even to summer camp when I was a little embarrassed to have her there, and now after 27 years, she still sits, nicely wrapped up in a box inside my closet. I always think of the Velveteen Rabbit when it comes to my whale. I just can’t part with her!

I used to dye my hair green and wear jncos.
oh the days of being a teenager. I listened to punk and ska music. I even skanked. {seriously, it makes me giggle to watch this video.} I can however, admit that I saw more concerts during this phase of my life than ever. my best friend and I would have our parent’s drop us off at the venue, usually somewhere in downtown St. Pete, and we’d dance our little hearts out. I even managed to meet a few bands, snag a few autographs, and get a song dedication while dancing back stage.

I have a terrible addiction to cheese.
I love it, love love love it. but I try really really hard not to eat too much of it, otherwise I’d probably be gigantic. I usually have at least one type of cheese in the fridge for crackers but sometimes I just can’t decide on one. I get trapped at the cheese counter at Whole Foods. there are so many delicious options. I’ll discretely add cheese to the shopping cart while dlb and I are grocery shopping so he doesn’t notice I’m buying more than one. my favorites are smoked gouda, morbier, and gruyère. {um, where do I sign up for confessions of a cheese-a-holic?}

I’ve always been a collector.
I collected things when I was little. stamps, gemstones, my little ponies and those tiny fuzzy bears that were always at the checkout line at fabric stores to name just a few. I loved having a collection of things and even then I’d arrange them in an some kind of order. biggest to smallest, arranged by color. now, I still love collecting things, but I try to limit myself to things that are really special to me or give me inspiration. like nature. I absolutely love leaves. and I didn’t know how much I loved them until I moved somewhere with a change of the seasons. it’s fantastic. and it totally moves me.

and here are a few extras while I’m at it:
I love black.
I’m weary around horses.
I’m a shoe-a-holic.
I’m a classically trained pianist.
Zero 7 is my favorite band.
I’m only slightly obsessed with baking pies.
and I’m secretly a zombie. just kidding. :)

seriously, the most amazing thing to see on Monday morning. enjoy my friends!!

have you read Smitten? I’ve totally gotten hooked. it’s the coolest dating and relationships blog, written by the amazing Joanna Goddard of A Cup of Jo. from reader submitted photos to funny dating “do or don’t” to adorable proposals, it’s such a fun read. if you haven’t read it, go there now. I promise you won’t be disappointed! 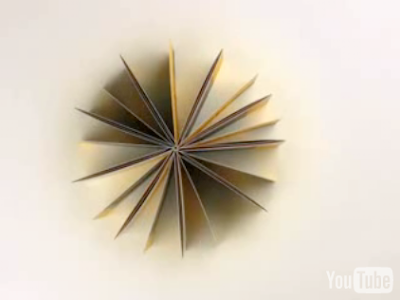 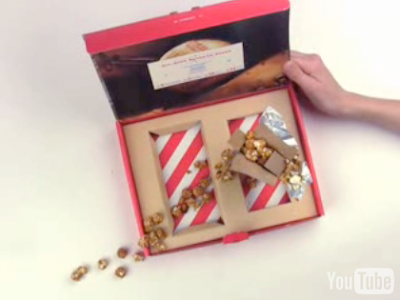 check out this stop motion film that Afton and her co-workers made to promote the studio where she works! I love it. so cute and creative.
{from freckle farm}